06 Jun Why is Form Surveys Ineffective Means Of Carrying Out Surveys?

Posted at 23:10h in Artificial intelligence by Ayush Jain

Why is Form Survey Ineffective Means Of Carrying Out Surveys?

And why are they still being used?…

What exactly the form? Well, they’re considered the mid area between polls and surveys. Both of these research methods could be used as a form. For example, add in one question in a form and it becomes a poll. Add in a few more and it turns into a survey form. Isn’t that amazing? Forms have been used for ages and for different purposes. They are easy to draft and even easier to distribute. Although they do have some advantages, in today’s and future of the survey industry, methods like forms are considered not that effective when you compare them to online surveys. Survey forms collect a lot of information in one go and that’s a good thing. However, let’s look at some ways in which these forms turn out as not so great research material.

When trying to gather information regarding emotional grounds, it can be difficult to do so with only a survey as a resource. This is mainly because every person answering the form has different social, emotional and psychological mannerisms. These also lead to various other answers that cannot have a generalized answer or a specific one. Therefore, getting a conclusion gets tough for the researcher. 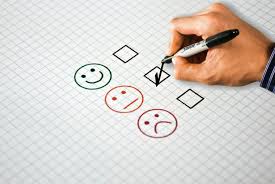 Nowadays, there are even some websites that provide paid surveys. Through this, people can answer forms and then get some stipend. However, this has a negative effect as some people may be tempted to lie. Through these lies, false information might be procured in the survey, thus, disregarding the research as invalid. Imagine conducting a huge survey only to find out that half the data is false. This is something that cannot be dismissed and is a big problem.

Let’s face it, surveys can get confusing. The questions on these forms can get tiring for an individual to answer. Not to mention there are a lot of questions on it. From this, the survey conductor will mostly get vague answers as they might have been confused due to which they put up useless solutions to the problem. This is obviously not beneficial for the research and is rendered another in-effective point. 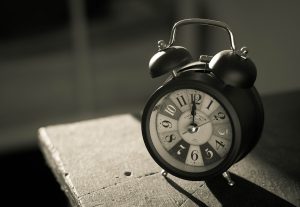 Not only is a survey-form time consuming for the person answering, but for the person conducting as well. It will especially take up time if the form has to be distributed to a lot of people or collect a lot of users online. The process itself is a long one. You have to first collect the data and then analyze all of it as well. Then, you have to also come up with a solution or a conclusion to the said issue. It takes away valuable time in which you could be surveying something else.

Like we mentioned earlier, giving different people survey forms also means that you will face different personalities and emotional statuses. This also brings in the question of varied opinions. It is very common while conducting a survey. However, sometimes that opinion can be too varied and thus become difficult to reach a solid end.

These were some reasons as to why Survey Form Platforms can be somewhat ineffective means of conducting a survey. Nevertheless, they’re still used and executed through different mediums.