How Machine Exhibits Goal-Oriented Behaviour in their Functions 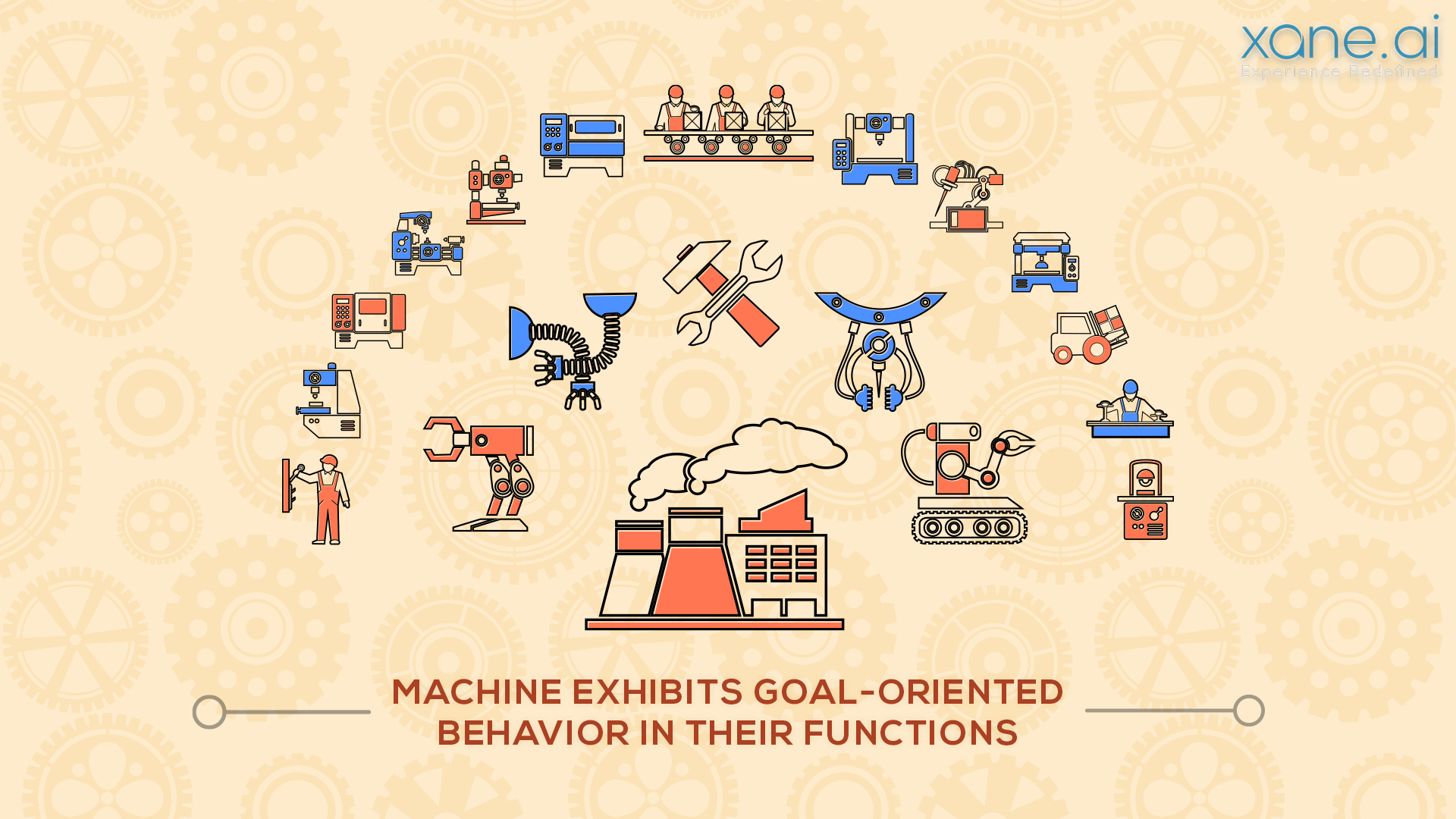 01 Feb How Machine Exhibits Goal-Oriented Behaviour in their Functions

Posted at 13:29h in Artificial intelligence by Nicky Jain

Goal-oriented behaviors emerge out of necessity to multiply through micromolecular activities, by enlarging intracellular and intercellular body divisions and shifting cellular priority and focus,  in order to adapt to purpose and create anticipated growth (such as goal-oriented actions of a virus). And in their environments, cohabitate, compete for food, and fully participate in goal-oriented developments, on cognitive perceptions, which caused their population, to either wane or escalate their pursuance for survival.

And since these attacks by viruses are solely in obeyance of motor resonance, and a thought-provoking execution of their stimulated panic behaviors, formed in compliance to certain chemical disturbances, and hormonal changes, in their balanced environments. And being homogeneous, this correlates to the harmonization of their goal-oriented features, as they manage their dominance or success rate, against external incursions

Because competition is easily managed by anticipated behaviors and goal-oriented actions. As available resources, space, and natural order, become threatened. This internally extreme orientation described above, easily describes the significance of necessity, in the interpretation of action-controlled behaviors, in living organisms. 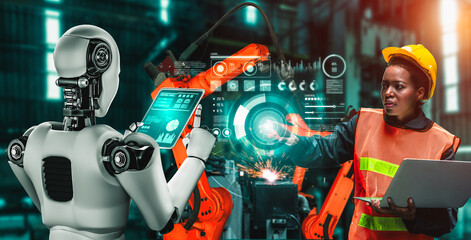 Today, however, scientific and technological interpretations on goal-oriented behaviors, have yielded a commendable level of success, implementing early defined (1960 and 1996) concepts, based on laboratory and outreach interpretations on anticipated behaviors, cognitive mechanism, theory of event coding (TEC), and reduced assumptions, to differentiate between goals, intentions, and desire, in order to explain the complexity of human behaviors, as expressions of internal goals.

And if each cognitive element of anticipated behaviors, defining the overall humanoid character of such machines are flawlessly interpreted, it successfully achieves, a simplified, futuristically designed, electrically combined, components integrated, mechanically modeled, and centrally coordinated.

And the more the efficiency, work rate, portability, compatibility, warranty, and overall performance of such a product, the best it can be further reaccessed, readjusted, refocused, virtually controlled, supercharged, easily disassembled, transferable worldwide, and reassembled as a better product, in relation to its purpose or repetitive duties.

In the next section, we shall discuss further, how certain scientists became pioneers of machine behaviors. Interestingly, as early as we started showing keen interest in closing in feeding bottles’ positions, while laying in our cradles, as babies. It became apparent that the part of babies’ brain that is associated with the formation of goal-oriented behavioral patterns, became interested, and thoroughly stimulated, to perform its obligations.

As he notices vanishing distances, of the baby food, from where he lies. With each footstep, and sometimes, brief disruptive irregularities of his mum time consciousness. Thus he becomes an active observer, for such a goal-oriented scenario. And the day he eventually identifies, recognizes, and masters such patterns. The subsequent meals can even be taken from a whispering distance, with his eyes closed. As he opens his mouth, in anticipation. This is the fundamental principle, so incorporated into creating machine anticipated behaviors – recognition of certain patterns, and subsequent engagement of goal-oriented mechanisms.

And by so doing, the man was labeled a ” supreme creator”,  as against intelligent animals. Because he continually invests in knowledge, produces results, and leaves behind legacies. While he shows and explains diversities of complex cognitive related fields, sub-inclusive mechanism integrations, and extraordinary machine goal-oriented advanced capabilities.

In other words, neuropsychologists, mechanical engineers, neuroscientists, control engineers, among others, who specialize in this critical aspect of science, have reached neurorobotic milestones, for ages, by investing in institutions and conducting extensive goal-oriented research, in answers to questions, such as why, what, when, and how motor resonance, anticipated behavior, and humanoid robotic characters, can be optimally applied for thorough understanding, designing, testing, implementation,  and production of machines that can improve our present hypothesis, scope, knowledge, principles, while positively impacting the existence of man, using cognitive behavioral studies, neurorobotics, machine learning, IoT, neurotechnology, action control, anticipated behavior, and mechanistic interpretations. 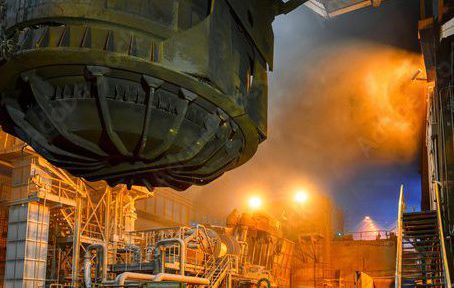 It is important to note that goals are activated in machines, based on pre-asserted solutions, neural transmitter interaction, motor resonance, quality assurance, and the aggregate learning capacity of such entities. Because a particular approach is exhibited, where task A is set in motion, pursued, and executed, using the robotic recognized patterns, through anticipated association, as centrally instructed, and controlled by its supercomputer brain, to relay information of the action, such that it accomplish task D.

For example, in aviation, a six hours flight is fixed, therefore, routes and procedures must be strictly followed by pilots. Therefore, it would be vague and rude, for a passenger to insist on avoiding routes A and B, for a quick landing via route C.

Even with the pace of planes, and long hours expended, along its routes, being a uniform form of velocity or acceleration. Machines relay critical information, so fast that, it becomes inconsequential worrying about time — even in the event of covering multiple routes. As it may take only a fraction of a second, for the sensory motors of such machines to relay the required information.

Because the conception of the above transition was started by early scientists, who wisely overweighed the importance of goal-oriented behaviors as being prominent in assessing knowledge of cognitive behavior, and performance. Making it easier, as more proponents of human psychology, came forward, to describe how mechanistic understanding of human interpretations of desired expectations, is internally facilitated, and controlled, through body movements, in directions, that are incomplete alignment, such that it harmonizes anticipated goals with action. As explained earlier, the motivational aspect of theorizing about goals, was initially the main focus of pioneers, as opposed to the goal-oriented actions in mechanics.

Until Miller (1960), Austin, Vancouver (1996), and a host of others, reignited the scope of goal-oriented concept, as being in close proximity with the concept of psychology thinking. Making cognitive science, neurosciences among other related fields wax strong through such resurging emergence of goals, as being the integral focus of psychology. And by repositioning their attention towards information that matters, to increase value with each fundamental evaluation. This technique narrows down action selection, and formulate action control. But as goals became the main focus, a crossroad was consequently reached, as the concept of mechanics suffered a brief hiatus, because of a lack of further information, on how codes, constructs, and networks generate observed behaviors.

WHAT IS A GOAL?

Goals are internal representations of desired states, where states are broadly construed as outcomes, events, or processes.

To further understand and distinguish between three analytical disciplines that goal theory supports: Latent perspectives, in which goals reign supreme, as being the determination, behind the stimuli, driving an individual, no matter where his awareness stands. Considering such a phenomenal logical perspective, which explains how being goal-pursuing is interpreted by an agent, and the external observer perspective, which is focused on how external observers perceive the agent ambitions, with regards to his goal.

But do bear in mind that, at this point of science, the above definitions were mere theories, with no practical weight.

STARTING FROM THE MICRO SIM

The human system consists of the following parts:

* A muscle system for integration and movement of the body.

* A sensory system that processes to and fro, decisive information, about activities in the body and its external surroundings.

* A brain system processing networks of sensory information, and controlling the muscles.

Since our focus and representation are still on physical aspects, the intelligence and morality of humans have been omitted. Nevertheless, the above-listed attributes will do just fine, for the context of our next discussion, on the goal-oriented features of robots (Machines).

Robots are created by humans to facilitate operations in domestic and commercial locations. In short, they coordinate essentially, parts of their bodies, just like humans and animals do, to achieve certain objectives or solve complex problems.

In essence, a robot’s framework mimics that of humans, in having well-coordinated, adjoining physical representation, and compatibility, for movement, a sensory system for relaying messages, a motor network as information architecture, and an artificial brain that controls all other components. 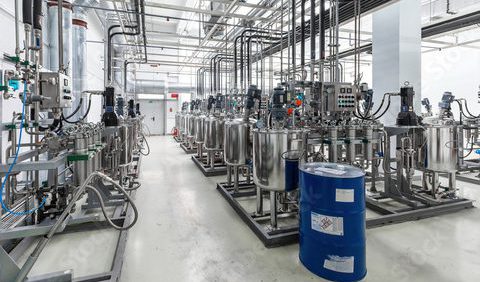 In the next section, we will dissect how robots function, as an entity with various units.

And it would be important to note for the basis of this article, that machines can take many shapes and sizes. In other words, it would be uncivilized and erroneous too, for instance, conclude that only big computers operated in factories, and other huge industrial outlets are machines.

So here are the names of practical examples of machines, as classified through standards::

* Robomower: Created by “Friendly Robotics”. It is a lawn-mowing machine.

* Battlebots: It is a remote control fighter robot, from “Comedy Central”.

* Honda’s ASIMO: A robot that walks like a human being.

The above-listed robots actually perform their associated functions, bringing in profits, presented as a form of entertainment, or put to use in emergency situations.

THE DIFFERENCE BETWEEN CARS AND ROBOTS

While cars consist of a solid external body, with fixed interconnected internal components, functioning together to propel it around, however, certainly not without the direct application of human effort, to achieve motion. Regardless of the exponents of self-driving cars that have not yet been fully goal-oriented, and as a result, suffer reoccurring episodes of aborted societal introduction.

But in contrast, robots often possess external movable structures, with a flexible computer brain, that controls its functioning, to achieve its goals. It is programmable, assertive, and may even discharge functions in relation to learning and unlearning, self-recognition of goal-oriented patterns, logical representation, and constructive analysis — depending on the particular level of adopted science and innovated technology.

And unlike cars, they perform all forms of repetitive operations and also facilitate the lifting and transfer of humongous workloads at construction sites. Moreover, robots can take the shape of a human being, cat, ant, spider, modobag (drivable bag), etcetera, as long as it fits into its rightful description and production requirements.